We’re back! We’ve defeated the Summer Boss… one of our greatest foes. As we’ve talked about in previous Dev Updates, this is sort of a cyclical thing for our team: for eight months of the year we are on it with development, and then majorly slow down in the summer. Weird quirks like this are only natural with indie teams, especially those that are not able to do it full-time. Fortunately, this time we can say that our slowdown hasn’t been solely due to summer. You see, we also had some major technical obstructions to overcome related to an engine upgrade that we’ve been working hard to overcome. And now we have!

This upgrade brought new features and increased performance, which is wonderful, but it also deprecated some of the main tools we use, and upgrading those tools to an up-to-date spec was not a simple process. It took a lot of time, a lot of trial and error, and eventually a Skype call with a rep from the engine developer—but we finally have those technical matters resolved!

So now, we’ve made it through the struggles of upgrade woes and entered into a clearing. We can see the short path ahead with more clarity, and we’ve been able to make a lot of forward progress in the last couple of weeks along that route. Here are some of the highlights:

First we fixed a problem with a text rendering tool that was crashing all our menus and interfaces. Which is just a little bit game-breaking.

We also fixed a camera control conflict and updated the opening cinematic (with an option to spacebar skip through it). While we were working on the camera system, we went ahead and added a camera animation for an encounter with a drone (which now has it’s own “waking” animation as well), a bit of functionality that will have plenty of uses later on. You can see a clip of that opening animation from our Twitch stream here, and the drone animation here.

More recently, we’ve added new art in the game to represent the four tiers of repair kits. That means we’re no longer using duplicates of the fuel cell art to represent these kits! Repair kits are working really well in our internal play testing and proving to be a valuable asset!

Finally, we have removed all the old camera render effects from the game, and updated to a newer system. The results are fantastic and the game looks more beautiful than ever before!

What’s next? A new UI! We’ve started work on the UI update, which is the last major task we need to complete before launching Alpha 2! We’ll be sharing updates on Twitch, Twitter and Discord, so please join us to provide your feedback and ideas. We really value your input and collaboration! Once the UI is complete, we’ll be doing a lot of testing, bug squashing, and prepping for our Alpha 2 release! So, if you’re interested in playing Alpha 2, please be sure to sign up! 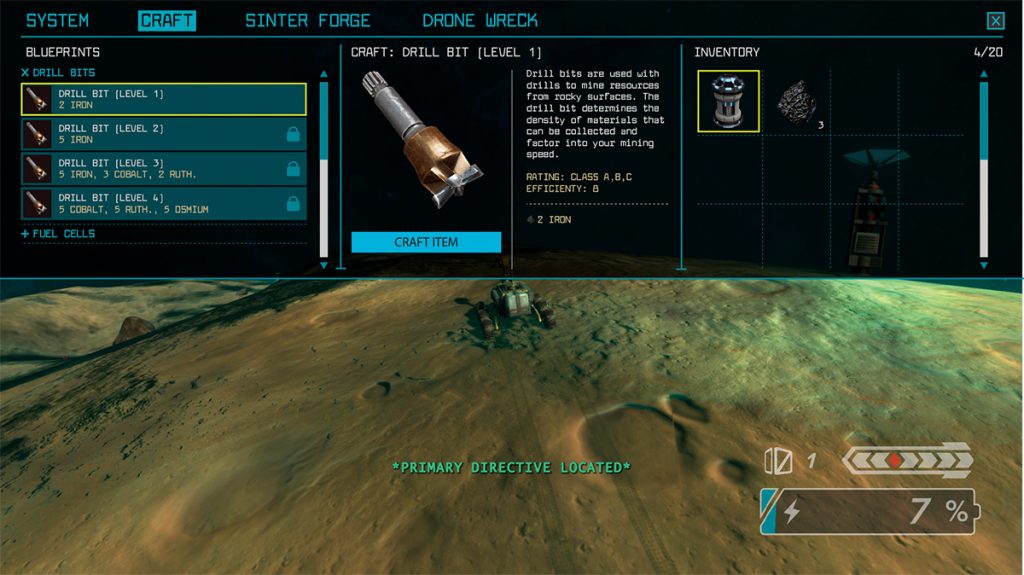 That’s going to do it for this update! We look forward to sharing more with you soon!